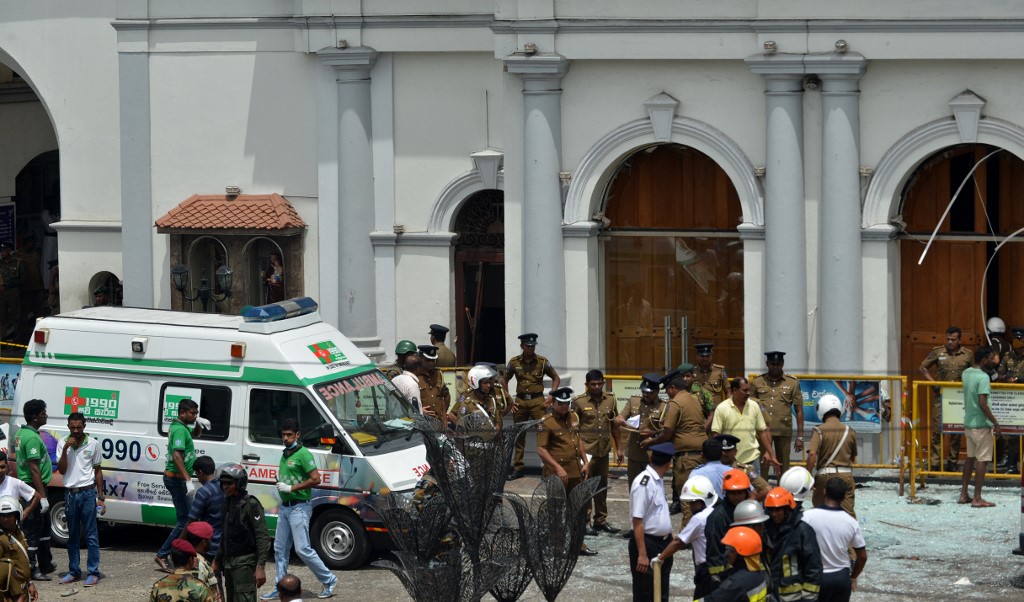 NITF maintains the Strike, Riot, Civil Commotion and Terrorist (SRCC&T) fund, for which services are sold through insurance companies.

Two of the hotels bombed, The Kingsbury and Cinnamon Grand, have subscribed to SRCC&T through Allianz Insurance Lanka.

"The two hotels each have a 250 million rupee cover, but they have to bear 10 percent of it under the policy terms, so our exposure to each of the hotels is 225 million rupees," de Silva said.

"The actual claim may be lower," he said.

NITF has already compensated for 50 million rupees in damages as an advance payment, split equally between the two hotels.

International chain The Shangri-La Colombo is not a part of SRCC&T, as it has a global corporate policy through Ceylinco Insurance.

De Silva said in addition to the 450 million rupees maximum limit through the two hotels, more claims are being lodged.

"We have been getting a few other small claims from vehicle owners and hotel workers which add up to another 50 million rupees."

SRCC&T was set up in 1987, was taken over by NITF in 2008, and can issue covers up to 2 billion rupees, beyond which interested parties have to reach out to international insurance firms.

The Easter Sunday bombings on churches and luxury hotels killed 253, including 42 foreigners, and wounded hundreds.

Sri Lankans, who had generally foregone the SRCC&T cover after the end of a civil war in 2009, have been rushing to update their insurance policies, de Silva, and three insurance firms said. (Colombo/May01/2019-SB)