Sri Lanka plans to re-take unused coastal areas released for aquaculture and salterns as part of a project to re-generate 10,000 hectares of mangroves.
Sunday August 18, 2019 07:50 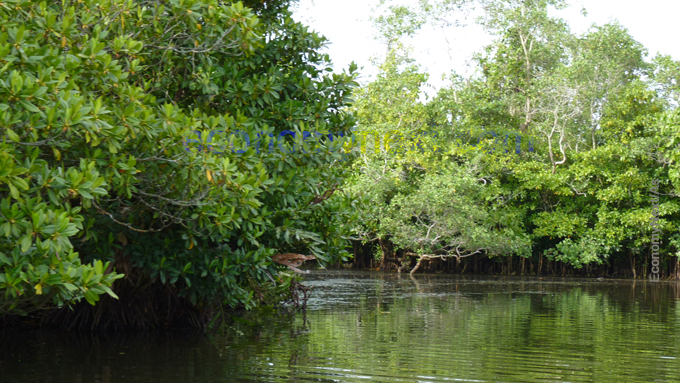 
ECONOMYNEXT – Sri Lanka plans to re-take unused coastal areas released for aquaculture and salterns as part of a project to re-generate 10,000 hectares of mangroves.

The cabinet of ministers had approved a proposal by President Maithripala Sirisena as the minister of environment to take back land released for aquaculture, if they are no longer used, the state information office said.

The Commissioner of Land and District Secretaries will be instructed not to renew the leases of lands that have been abandoned.

The land will be given to the forest department for mangrove regeneration.

Sri Lanka’s goverment owns vast stretches of land partly due to expropriation after the self-deterimination from the British. The development of free hold which took place during colonial times was also halted by a waste land ordinance which created vast stretches of ‘crown land’ out of areas which were not under earlier service tenure.

Unline in East Asia, Sri Lanka did not historically have a strong water associated economy in either aquculture, duckf farming or habitation. (Colombo/Aug17/2019)