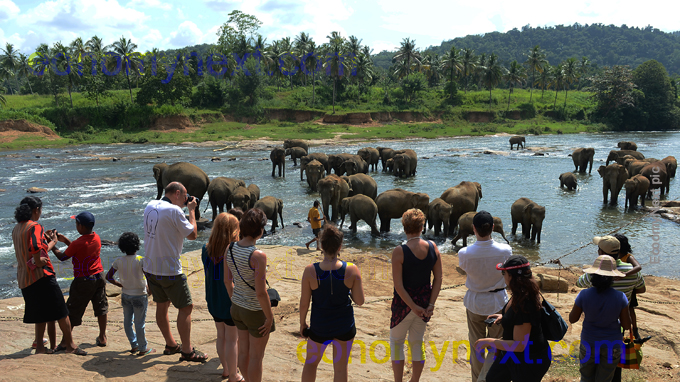 "We have developed a plan to give both travel and hospitalization cover," Chief Executive Chandana Aluthgama said.

The SLIC policy will include a 100,000 US dollar medical cover.

"We have sent the proposal to the government for approval," he said.

Aluthgama said the planned premium will be a competitive, nominal fee, but the final price would depend on the government’s decision.

The National Insurance Trust Fund has meanwhile pledged to offer the Strike, Riot, Civil Commotion and Terrorist insurance cover for any tourists buying a travel policy from a Sri Lankan insurer.

NITF Chairman  Manjula de Silva said if the local insurers are able to provide a competitive travel policy, they may be able to compete with foreign firms even after the situation returns to normal.

The tourism industry is expecting a recovery over the next 12 months.

Travel insurance is usually offered by insurers in countries where the tourist originates from.

However, with the travel bans which were imposed on Sri Lanka after the Easter Sunday attack, many foreign insurance companies had refused to sell policies to tourists visiting Sri Lanka.

Travel advisories have now been relaxed to some degree by most major countries, downgrading to be cautious, instead of ‘do not travel’.

At Australian insurance aggregator comparethemarket.com, travel insurance covers to Sri Lanka start at 35 AUS dollars (24.4 US dollars) for 5-days, while for India, they start at 30 AUS dollars.

A Sri Lanka based insurance company which has already set up a travel insurance package meanwhile was selling its plan for 30 US dollars for a 5-day trip.

A company official said there was little demand for the cover. Tourist arrivals to Sri Lanka had fallen 70 percent in May.

Meanwhile, HNB Insurance Managing Director Deepthi Lokuarachchi said his firm does not currently have plans to set up a travel insurance policy for foreigners.

"If we set up such a policy, we have to bear higher costs for a new marketing strategy and have adequate funds for reinsuring," he said.

He said if he pays reinsurance deposits for 100,000 covers but only 10,000 tourists purchase the cover, he still has to bear the total cost.

"The tourist arrivals are low, and reinsurance costs are high," he said. "The market has to be explored thoroughly before a policy is created."

He suggested that the government could offer an insurance policy for interested tourists, to be bundled with visa fees.