Rush for terrorism insurance in Sri Lanka after bombings

Thousands of Sri Lankans have subscribed to terrorism insurance within a week after the Easter Sunday Bombings on April 21, while the industry has taken a collective decision to keep premiums at the same levels, top officials said.
By Chandeepa Wettasinghe | Thursday May 2, 2019 10:30 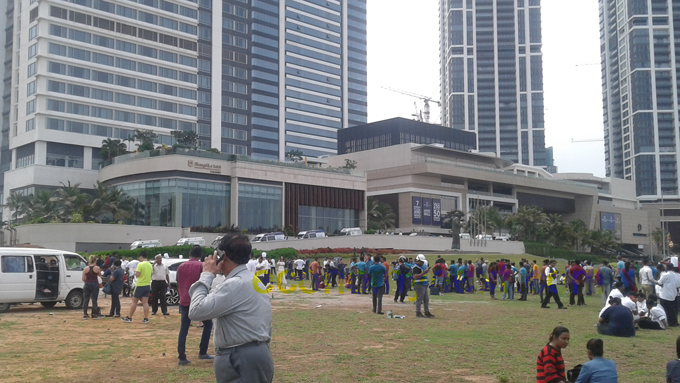 
ECONOMYNEXT- Thousands of Sri Lankans have subscribed to terrorism insurance within a week after the Easter Sunday Bombings on April 21, while the industry has taken a collective decision to keep premiums at the same levels, top officials said.

"I have talked to the insurance companies, and they are saying that there is a big demand for the terrorism cover," said Manjula de Silva, Chairman of the state-owned National Insurance Trust Fund which maintains the Strike, Riot, Civil Commotion and Terrorist (SRCC&T) insurance fund.

The state-owned Sri Lanka Insurance Corporation (SLIC), the country’s largest, has sold over 1,500 new SRCC&T policies through its head office and partnering financial institutions in the first five days after the bombings, although the firm’s main sales channel is its agent network, SLIC chief executive Chandana Aluthgama said.

He said that the head office is yet to receive clear numbers from its agent network or other branches.

"If that is taken into consideration, many thousands are taking the terrorism cover," he said.

"We are getting a lot of requests from vehicle owners, hotels, large businesses as well as smaller establishments," he said.

The SRCC&T cover has remained affordable, after a 30-year long civil war ended in 2009. Strikes and protests are common, but have remained peaceful for the most part over the past decade.

However, many had removed the SRCC&T cover, thinking the risk was now minimal, officials said.

"Before 2009, it was mandatory to have the cover, but since then the requirement has been lifted," Aluthgama said.

"Some companies, in cost cutting exercises, had removed the cover, but I kept telling them that there could be risks from outside Sri Lanka, and the premiums are relatively small," he said.

Small car owners said they were being given premium quotes of around 3,000 rupees for their vehicles.

De Silva said that at an insurance industry meeting held on April 26, a decision was taken to hold  SRCC&T premiums at the same levels before the bombings, and all insurance firms had supported the move.

He said SRCC&T has a maximum limit of 2 billion rupees per cover, and additional policies above the limit can be bought from international vendors.

It has been collecting over 2 billion rupees in premiums annually (the insurance industry total gross written premiums for 2018 was 175.7 billion rupees), and after accounting for investment income, has been paying a similar amount in dividends to the Treasury.

The NITF will have to at most pay 500 million rupees for claims arising from the Easter Bombings, which killed 253 and left hundreds wounded across three churches and three luxury hotels.

The Islamic State claimed responsibility for the attack carried out by local Islamic radical extremists.

The Sri Lankan government has admitted that it was complacent in its security operations, after numerous intelligence reports had warned of the attack in the weeks leading up to it. (Colombo/May01/2019-SB)