Ranjan challenges govt. to appoint a Commission of Inquiry 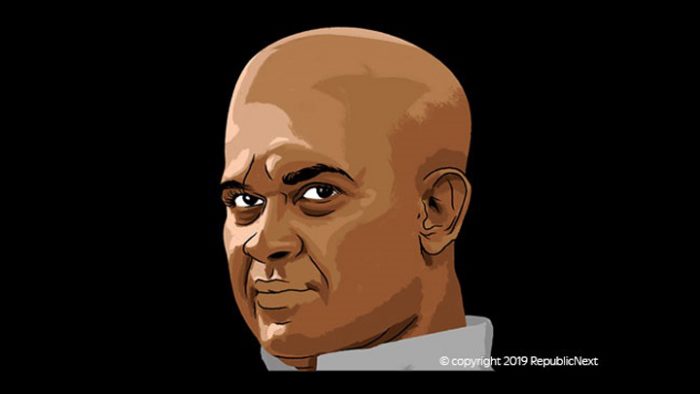 
ECONOMYNEXT – Ranjan Ramanayake is challenging the government to appoint a Commission of Inquiry into his leaked phone conversations saying he will come before the inquiry armed with many more tapes and files.

Ramanayake, speaking in Parliament Tuesday, January 21, said that he even has tapes of conversations he had with Prime Minister Mahinda Rajapaksa when he was President.

The United National Front MP said that he begs forgiveness from all those who were affected by the leaked phone conversations, but he said he had to be “unethical to catch the thieves in this Parliament.”

He said that after “a certain drug lord” was sentenced to death the judges who gave the verdict came under threat. He claimed to have provided police protection to the son of one of the judges.

He said that he had to go after the thieves because the “Yahapalana government did not catch the thieves as they promised to do.”

The MP said that he had all the recordings of conversations he had made with people in a hard drive well protected at home until the day police raided his house and took them into custody violating his parliamentary privileges.

“There are copies of these conversations in several safe places here and abroad,” he claimed.

Also, Ramanayake said that he will table all the audio recordings and video recording in his possession. Some he says have been released to the public but many have not.

He said that then the people can listen to all the conservations with judges, leaders of the country, cabinet ministers and their wives.

Moreover, he said that he kept all these recordings with him to protect him and to present them as evidence as he said: “ I have never seen the kind of people in the world like the Sri Lankans who change their word.”

And added that he kept these recordings to give as proof when people and the parliament members ask for evidence every time he talks about a corrupt politician to prove it.

He is the only MP in the parliament who haven’t taken his parliamentary salary or allowances for the past three years, Ramanayake said.

The MP also said that he will give his full support if a commission is appointed to look into this matter by bringing all his files to the commission but he said “ they will never file a court case or appoint a commission because if so all their things will also come to light,” he said.