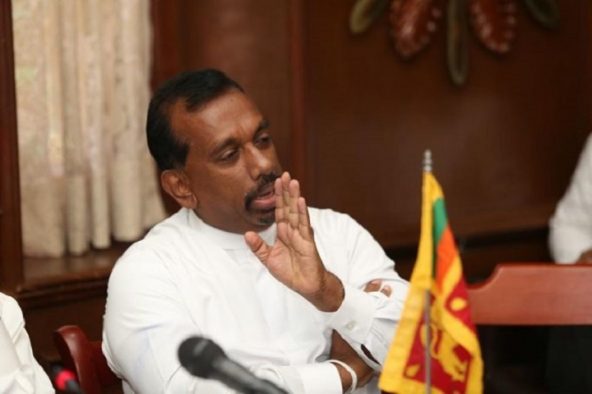 
Co-Government Spokesman Mahindananda Aluthgamage says that there is no need to appoint a presidential commission as requested by Ranjan Ramanayake to look into all his audio recordings as he can present them to the court when his case is being heard.

Speaking to media this morning (22 Jan), the state minister although MP Ramanayake said that he is going to table all his recordings in Parliament, he had not done so yesterday.

Also, he said that it is proven through these conversations how Ramanayake had interfered in the cases against Duminda Silva and Lalith Weeratunga PC while pressuring the police and judges to file cases against Minister Johnston Fernando, MP Namal Rajapaksa and himself to suppress the opposition during the previous government.

During the past four years, there were 15 court cases filed against Ramanayake which includes one contempt of court case, 7 defamation cases and one case where he had deceived a woman after taking her money.

Because of the recordings, Ranjan has already lost his UNP membership after a disciplinary inquiry and two judges are already interdicted while a high court judge has given a statement to police.

He also praised the Chief Justice for taking the necessary actions against the judges as an effort to rebuild the confidence in the judiciary system among the people.

The state minister also challenged Ramanayake to release the audio recordings where the former president, cabinet ministers their wives and children have made deals with him in interfering court cases.