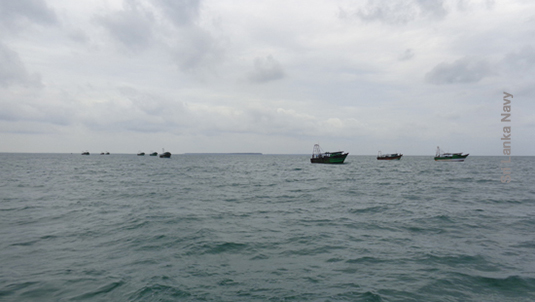 
ECONOMYNEXT – India has banned fresh registration of bottom trawlers in the Palk Bay area as part of measures to prevent its fishermen poaching in Sri Lankan waters.

The decision was conveyed to Sri Lanka during talks between officials of both countries in New Delhi over the weekend.

“In addition, alternative livelihood opportunities for the fishing communities in Palk Bay area are being offered through open sea cage farming, seaweed farming and other allied coastal fisheries activities,” the foreign affairs ministry said in a joint statement.

The talks were led by Radha Mohan Singh, Minister of Agriculture and Farmers Welfare, Government of India and Mahinda Amaraweera, Minister for Fisheries and Aquatic Resources Development of Sri Lanka.

They followed the 3rd Meeting of the Joint Working Group (JWG) on Fisheries held in New Delhi on 13 October 2017.

Recent initiatives taken by the Government of India to end bottom trawling in the Palk Bay area were shared with the Sri Lankan side.

These include launching of a programme on diversification of bottom trawlers into Deep Sea Fishing Vessels for tuna long lining under Blue Revolution Scheme, construction of Mookaiyur and Poompuhar fishing harbours, and training fishermen of Palk Bay area in deep sea tuna long lining.
(COLOMBO, October 17, 2017)