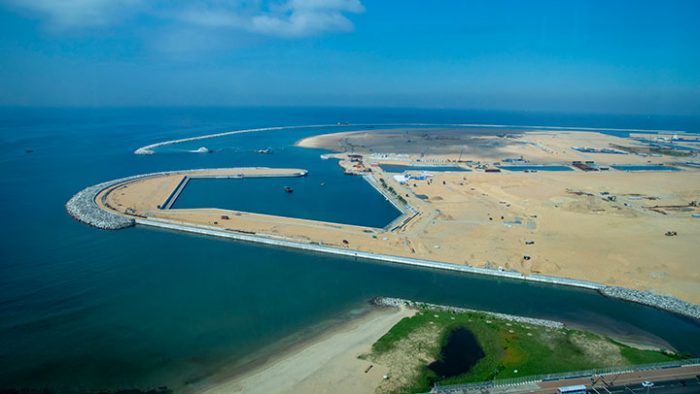 ECONOMYNEXT – CHEC Port City Colombo (Pvt) Ltd, a unit of China Communications has invested 800 million US dollars out of a total of 1.4 billion dollar in reclaiming land, and is preparing to market and build support facilities, an official said.

The Port City is being rolled out with Sri Lanka’s Urban Development Authority.

In 2019 it completed the reclamation of 269 hectares of land from the ocean south of the Colombo Port under the project’s first phase.

Fernando said the remainder of funds from the initial investment will be used to construct a marina for yachts. It will also have a central park and other facilities.

The second phase of the project will see the firm marketing the project for international investments.

Overall, the Port City, also called the Colombo International Financial Centre, is expected to attract 15 billion US dollars in investments to Sri Lanka.

The first three buildings have already been earmarked.

Fernando said some of the construction has already started and the first building will open in 2023.

He said CHEC is awaiting government concessions to go out and market the project.

A new law is being drafted on how the Port City will operate, to make arbitration and settlement of international contracts easier and become a hub for such activity in South Asia.

The law has been in the drafting stage for two years, and the new administration has appointed a committee to review it.

It will complement a new banking law to be enacted in 2021, which will include provisions on how banks will operate in the Port City.

“Now everything has lined up and the government is also very keen about this. The law will be coming out soon,” Fernando said.

“The relationship between China and Sri Lanka is getting stronger day by day,” he said.

Lanka IOC net up on lower oil bill in Dec